On February 14, 2022, the Academic Staff Union of Universities (ASUU), the umbrella body for the teaching staff of Nigerian public universities, announced a “warning” strike in yet another confrontation with the federal government. While it may not be considered as violent as the Aba Women Riot of 1929 or as emotional as the Ochanja Market Burning of October 2019, they all share certain characteristics that could make this evil menace the one of the worst things that has ever happened to us as a nation. When considering the case of countries like Canada and China, it becomes clear that the right investment in education could quickly transform a country in ways unimaginable and why our own case should be of particular concern to all.

Since the ASUU’s first strike in 1988, when it protested the extremities of the Babangida regime that led to the union’s banning on August 7, 1988, the incident has been so repeated over the years that t has come to be recognized as an annual event, a time when academic activities stagnate and public universities go on enforced hiatus. During the decade 2010-2020, university strikes lasted in Nigeria for one year and seven months. What may escape the mind in these numbers are the hidden effects these sporadic events have on the nation’s education system, worse still its long-term effects on tomorrow’s leaders who are usually the final victims. The big question should be: is it more economical to let the whole system degenerate to such critical levels before taking the necessary proactive measures? For some strange and unknown reason, this can happen. But why does this continue? Why does ASUU have to go on an almost annual strike even when there is a constitutional provision for free, government-funded college education? (Section 18 of the Nigerian Constitution, 1999).

The internet, documentaries, and research results abound with one uniform reason why the ASUU has steadfastly embarked on numerous strike actions since its inception in 1978: the government’s failure to fulfill its end of the bargain. But before we draw a line between villain and vanquished here, a look at some of the untold consequences of these relentless strikes might help inform our choices. The 2020 pandemic lockdown began with a two-week-old ASUU warning strike (March 9-23, 2020). In the heat of the moment, most educational institutions around the world have switched to online education. This could not be the case even with the highest level of education in Nigeria, partly because the union was still on strike. When physical classes resumed in February 2021, after more than 10 months of academic inactivity, most institutions had to compress an academic session that, on average, lasts nine months to less than five months. Worse still, some higher institutions, such as Bayero University in Kano, had to cancel an entire academic session to meet the deadline. For the group of institutions that have decided to continue the Herculean task of continuing where they left off before the strike/lockdown, the result has been, and still is, heterogeneous academic sessions.

One could imagine the pressure on students and institutions to meet academic calendars and the stipulated graduation time. Since these strikes generally affect a fraction of the Nigerian university environment, primarily the Federal Public Universities, they violate the provisions of Article 18 (1) of the Constitution of the Federal Republic of Nigeria which states that “The Government shall direct its policy towards ensuring that there are equal and adequate educational opportunities at all levels. In 2022, the University of Ibadan (UI) became the highest ranked higher institution in Nigeria, according to Times Higher Education, at 429th in the world ranking. Similarly, the University of Pretoria, the fifth-best university in South Africa, emerged 48 places above UI on the same ranking. Using the same metrics, UI fell into the 601st-800th range on global impact while the University of Johannesburg, the tenth best university in South Africa, ranked 92nd. A pertinent question: why should South Africa, with a GDP more than $130 billion less than ours (World Bank 2020), should it surpass us in terms of the quality of education? The answer lies in the allocation that education receives in the national budget of the two countries. While Nigeria allocated 7.9% of its national budget in 2022 to education, South Africa allocated 24%. These numerical ranking statistics are merely formal, softer ways of representing the harsh realities of crowded lecture halls, abandoned campus construction projects, and under-resourced labs that plague our higher institutions. But where, I think, our greatest concern must lie in the youth and the spirit of indolence influenced by the strikes. Most of them now look forward to these university strikes and even sincerely pray for them. If we could reach this level of decay as a nation, we are totally lost. It may not be clear, but it seems education is losing the war against the common man.

Perhaps you’ve wondered why the giant of the second most populous continent, in all its glory, couldn’t build a robust online learning system during the COVID-19 pandemic; a reality that deprived more than 39 million young people and children of school in 2020. Many will say, rightly, that it was because there was neither infrastructure nor trained personnel on the ground to carry out this task. But would a nation with 74% of its working population have a higher education, according to a 2022 World Bank report, looking for skilled personnel or infrastructure? The truth is bitter. Most of our brightest minds spend their intellectual energy and contribute seriously to GDP elsewhere outside the country where conditions are perceived to be better. When they reached a major milestone in their career, apart from the creamy ‘Naija to the World’ social media celebrations by people at home, many of those people never saw, or would never see again, at her’s. What are we doing as a country to stem this terrible brain drain? At this point, as a nation, I think we may need to go back to the drawing board to ask ourselves some fundamental questions.

Given the continued ASUU-federal government entanglement, are students truly prepared for life outside of school or is that the only essence of being in a Nigerian public tertiary institution system just to get admitted, spend half the year at home, retake again and give a mad dash memorizing tomes of textbooks, passing exams, then graduating and looking for a job for half a decade? Isn’t it time to review the school curriculum? Isn’t it time to improve teaching/learning conditions? Should students still be learning programming languages ​​that are not very applicable in this age of technology, or should teachers still be drawing and teaching a lizard’s innards on a whiteboard? Should a teacher still keep the same salary in 2022 as in 2009? Shouldn’t there be a national scholarship scheme to attract international postgraduate students to Nigeria, like Nigerian postgraduate students are attracted to other countries, even African ones? What about student summer internships and undergraduate research? What happened to the promise of an increased allocation to education in the national budget? 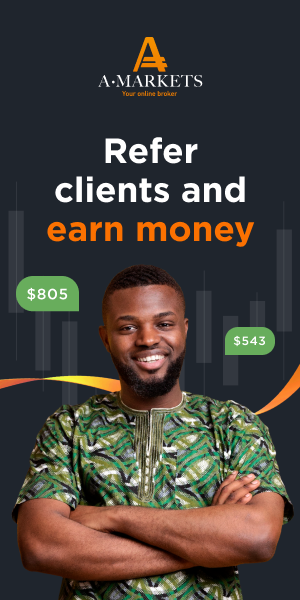 But the government alone would not explain the decline in educational standards in Nigeria. ASUU should make sure their fight is thorough by also checking the excesses of some of their members as it would be sheer folly to complain about a broken water main in the street when their room is rapidly flooding . ASUU would not achieve its goal of planting the tree of an ideal education system when some members uproot it from within. Who is exploiting students and subjecting them to unjustified financial obligations in schools? Who subjects some students to sexual exploitation? Certainly not the government.

Let’s not quickly forget that the determining criterion for obtaining a university degree is character and learning. None should ever be compromised. It is time to join hands as citizens of a participatory democracy to demand the best in the education of our children. There is the indisputable fact that education has great potential to bridge the gap between developed and developing countries. Such an education is an offshoot of a culture of true learning that can only be achieved in an environment and under conditions that would accentuate the best in both teacher and student – ​​and ours is rapidly disintegrating before our eyes.

YOU SHOULD NOT MISS THESE NIGERIAN TRIBUNE HEADLINES

Despite the huge investment in the water sector by the government and international organizations, water scarcity has become a permanent nightmare for the people of Abeokuta, the capital of Ogun State. This report reviews the lives and experiences of residents in getting clean, safe and affordable water amid the surge in COVID-19 cases in the state…ASUU and Nigeria’ Strike ASUU and Nigeria’

Selfies, video calls and Chinese documentaries: what you will encounter on the Lagos-Ibadan train

How Adetunji Earned Over N20 Million Naira in 2021 from Football Trading. Click here to join his team

OPPORTUNITY TO EARN MONEY – We will pay you in naira or dollars (depending on your preference) directly into your nominated bank account as you will earn from one or more businesses we invest in ranging from real estate, agriculture, transport, construction, metals. , Crude Oil, Aviation, Hospitality, etc. Click here for more details

From Fidelity to Robinhood, here are Barron’s ...