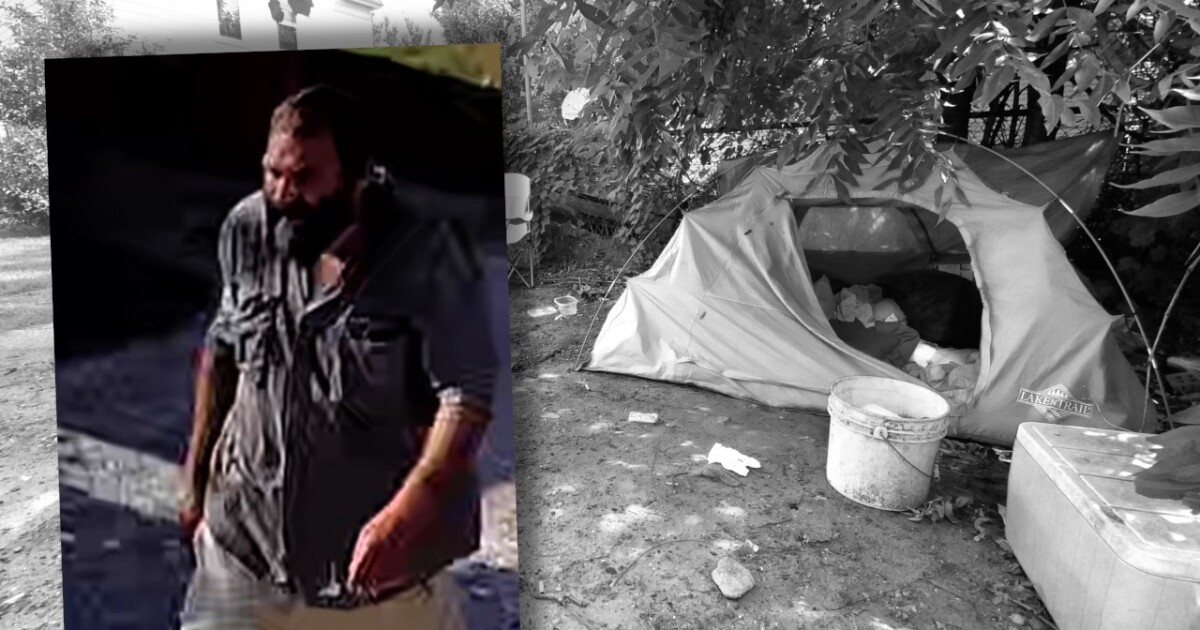 GRAND RAPIDS, Michigan – GRPD has arrested a man in connection with at least five attempted child abductions in recent days in the city’s northwest.

He was taken into custody without incident at around 7.45 a.m. Tuesday, near a tent he allegedly lived in near Broadyway Ave & 5th Ave.

“We had virtually every unit in our department working on this,” Sgt John Wittkowski, GRPD, told reporters on Tuesday morning.

Police said the 5 kidnapping attempts had all taken place since Thursday in the Alpine and Richmond area, with two attempts in Richmond Park near Harrison School.

The man allegedly tried to entice their children with a story about finding a lost dog. He also allegedly implied that he had a gun with him in at least one of the incidents.

“The most recent incident yesterday involved a young man, a victim in Richmond Park. The sense of urgency has increased with this incident as a physical assault has occurred, ”said Sgt Wittkowski.

The extent of the boy’s injuries is unknown at this time.

“As far as we know, each of these young boys acted like they were supposed to. They fled the area, they spoke to an adult. They were completely open and gave the information they needed to give us, correct and accurate descriptions of who this predator was, ”said Sgt Wittkowski.

Police released 2 photos of the suspect on Monday evening, taken from surveillance video found near one of his kidnapping attempts.

“We don’t have enough officers on the ground to go door to door,” said Sergeant Wittkowski. “We count on 200,000 citizens and their eyes on the street. Someone knew this guy, someone recognized him.

Their efforts quickly paid off– a man named Larry Allred knew immediately who was in the surveillance footage.

“He’s in my neighborhood right there… He’s actually been living right next to my house in a tent for about eight months now,” Allred told FOX 17 Tuesday afternoon.

“He sort of hangs out, sticks around… and I’ve set up cameras all over my property because, you know, this guy is there every day.” It’s just a little weird.

Allred was up around 4:00 a.m. Tuesday and saw the footage of the man online.

“I ran around the corner and took pictures of him, and he was still sleeping in his bed,” Allred explained. “He looked at me, so I was afraid he was going.”

Quickly calling the police, they were able to come and arrest the man with a little pomp.

Police said they found no guns on the man at the time of his arrest.

Allred was able to confirm the man’s identity to FOX 17, although we are not naming him at this time as he has not been charged with any felony related to the attempted kidnappings at the time of this article’s publication. .

“I’m just glad he didn’t hurt another child or get to have a child.” Everyone is safer now so I feel better, ”Allred said on Tuesday. “I know it sounds cliché, but I just hope families feel safer and better about it.

The suspect is a 39-year-old male and is on the Michigan Sex Offender Registry for a criminal conviction for sexual conduct (2nd degree) in June 2005.

According to online court records, the man pleaded guilty to the prosecution, which notes a victim under the age of 13, and received 1 year in prison, with credit for 274 days he had already served.

Hansen says he was just trying to do the right thing and help the man through a difficult time. He says he had no idea until the man’s arrest that he had a history of sexual violence.

He told FOX 17 that police showed up at his property around 7:30 a.m. Tuesday with a warrant to search the man’s tent.

GRPD detectives questioned the man on Tuesday. As to the charges he faces in relation to these alleged kidnapping attempts, that will be the responsibility of the Kent County District Attorney’s Office.

Michigan State Police offer the following safety tips to ensure the safety of your children: