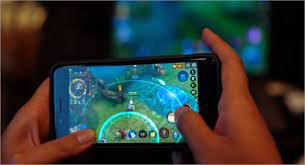 Following the ban on rummy games in Kerala earlier this year, the Karnataka government passed the Karnataka Police Act Amendment Act which seeks to ban online “gambling” in which the end user might have a chance to lose money. The state government has stressed that it will fight against operators and accomplices who organize games of chance disguised as games of skill. The bill makes offenses such as operating such games, hosting such operations and aiding and participating in such online games both knowable and not subject to bond. Violators will have to serve up to three years in prison and pay fines of up to one lakh.

However, the lack of distinction between games of chance and games of skill worries the industry. It is speculated that a huge chunk of subscription revenue for such apps will be impacted due to the move that will hurt a booming industry.

All India Gaming Federation CEO Roland Landers said, “India is the fifth largest online gaming market in the world and skill-based gaming is a booming industry giving birth to a number of growing of unicorns in the country, especially in Karnataka. The sector has been a significant financial contributor to the Indian economy even during a period of unprecedented downturn and is further expected to generate revenues in excess of $ 3 billion by 2025. The decision of the Karnataka government is a setback to the the state’s reputation as a technology hub and start-up capital.

PK Misra, president of the AIGF Players’ Association and former IAS, points out that around 10 to 12% of the Indian gaming community is based in Karnataka and that this decision will therefore seriously harm the industry. He notes: “This decision will affect the online skill gaming industry, ending gamers’ right to earn a living. The scope of this law is unclear. I certainly hope the state government makes a clear distinction between gambling and games of skill. Since 1957, the Supreme Court has reiterated games of skill as a legitimate activity protected by Article 19 (1) (g) of the Indian Constitution, also supported by the High Court of Karnataka in several judgments.

However, this move is unlikely to have much of an impact on the industry’s revenue or ad spend. As Landers points out, “None of the ad-based platforms fall under this law, as it is clearly stated that only apps that require some sort of entry or subscription fee will be banned. However, there could be a potential drop in subscription revenue for these platforms. ”

Madison Media & OOH Group CEO Vikram Sakhuja adds that in the future, there will be more emphasis on the “skill-based” aspects of these apps in their announcements. He specifies: “The crux of the problem lies in the distinction between game of chance and game of skill. If it’s not clarified, then maybe we throw the baby out with the bathwater. Most apps will push to be classified as a skill game and therefore not be removed. If this is not successful, then their income will most likely be affected. Anyway, I can see more ads focusing on the skills aspect.

The case, however, has left the industry worried about its future and is keen to engage in some sort of dialogue with the state government.

Dinker Vashisht, Vice President of General Affairs of Games24x7, said: “The ban in Karnataka is baffling for this burgeoning industry in India, especially at a time when the senior judiciary has reiterated the difference between games in India. skill and gambling. For Karnataka, which is a tech and startup capital of India, to take such a step is all the more distressing as many other states realize the potential of gaming and are working on policies to attract investment from gaming companies. – taking into account the immense multiplier advantages.

Judge Vikramajit Sen, former Supreme Court Justice and former Chief Justice of the High Court of Karnataka adds: “The Indian regulatory framework has clearly differentiated between games of skill and gambling in India. Just because games of skill may involve an entry fee, they cannot be considered games of chance. Gambling is considered gambling because it involves luck rather than skill and therefore is expressly prohibited by law, in which games of skill are considered legal in most states. The sector needs the support of state governments to promote responsible gambling initiatives and recognition of the AIGF’s “self-regulatory framework”. The AIGF and its advisory members look forward to the opportunity to engage stakeholders within state government to make industry representation on the issue. “

Expressing his point of view, Muskan Sethi, Responsible Gaming Ambassador of the All India Gaming Federation, said: “Every professional gamer devotes their time and effort to improving their skills and their game to perform better in any domestic gaming tournament. or international. The decision to ban online skill games in the state of Karnataka may affect the livelihoods and incomes of those players living in that state. Instead of banning such games from the market, as a player, I would suggest that the government seek to design a regulatory framework in consultation with industry stakeholders so that it encourages professional gambling and controls the rise of the market. gray market of the game. “