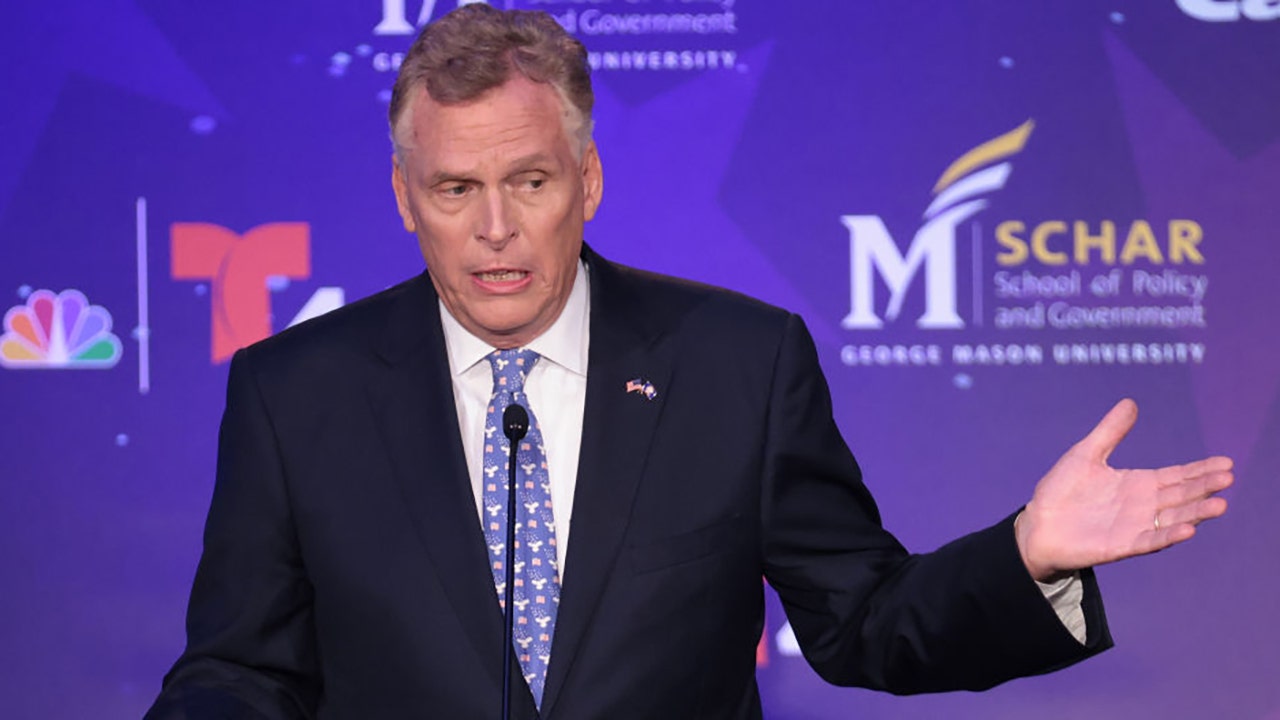 Terry McAuliffe and Glenn Youngkin clashed in the second and final Virginia governor’s race debate on Tuesday, but it was a comment about the schools of McAuliffe, the Democratic nominee, that angered Conservatives.

“I don’t think parents should be telling schools what to teach,” McAuliffe, who previously served as governor of Virginia from 2014 to 2018, said during the debate in Alexandria, Virginia.

McAuliffe made the remarks in response to Youngkin, the Republican candidate, who argued that parents should be more involved in the decisions of local school districts. Conservative social media responded.

“Parents are in control of their kids. Not @TerryMcAuliffe. Never,” one user wrote on Twitter.

“Make sure all parents in Virginia hear this before they vote,” tweeted former Trump adviser Stephen Miller.

“Terry McAuliffe is pro-choice unless the decision rests with the parents of a school-aged child,” replied Autumn Johnson.

“Terry McAuliffe in a debate tonight … I don’t think parents should have a say in what is taught in schools … This is exactly why he should never be in a position of power again, “wrote another user.

” Oh no ? Who should decide what the kids learn @TerryMcAuliffe? You ? Another replied.

During the debate, Youngkin agreed that local school districts should make these decisions, but demanded that they include parents in the dialogue and “concepts of security and privacy” in the discussion.

“What we’ve seen over the past 20 months is that our school systems are refusing to engage with parents. In fact, in Fairfax County last week we saw parents so upset because that there was sexually explicit material in the library that they had never seen, it was shocking, ”Youngkin said. “And in fact, you vetoed the bill that would have informed parents that they were there. You think school systems should tell kids what to do. I think parents should be in charge of it. education of their children. “

McAuliffe noted that parents “had the right to veto books” under a bill he vetoed. “I am not going to let parents go into schools, take out books and make their own decision,” he said.

Current polls show a tight race between the two candidates, with the RealClearPolitics Average showing McAuliffe leading Youngkin by just under three points.

After the debate, McAuliffe called Youngkin a “dangerous Trump contender” and said “the stakes in this race could not be higher.”

“Tonight it has been clear that the stakes in this race could not be higher. Folks, we are up against a dangerous contender Trump who will set us back BIG TIME,” McAuliffe said. tweeted. “We are building the biggest grassroots movement in VA history to defeat it.”

Michael Lee of Fox News contributed to this report