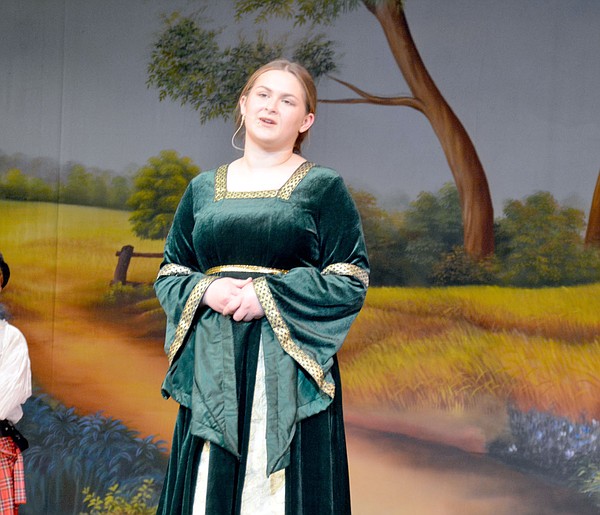 This will be the theater troupe’s first production since fall 2019, McCutcheon said.

McCutcheon said tickets for public performances cost $ 10 per person and can be purchased at Siloam Springs High School’s online store, on the high school website, or at the gate.

Originally slated to be played in the spring of 2020, McCutcheon said production of “The Canterbury Tales” stopped repeating two weeks after starting in March 2020 due to the coronavirus pandemic.

“It’s been a long time for us and we’re ready to be back,” McCutcheon said.

McCutcheon said that although he is still in the midst of the pandemic, no actor has had to be quarantined.

“It was a little scary never knowing when a student might be quarantined or become ill,” McCutcheon said.

During student productions, attendees will need to sit in all other seats, McCutcheon said.

Public performances will have the theater at only half of its capacity, she said. School staff will also recommend masks and social distancing, McCutcheon said.

Senior Reece Edwards, who plays the Franklin and four other roles on the series, was a cast member for the 2020 production of “The Canterbury Tales” and is happy to be back on stage.

“So it was a challenge to play five roles, a lot of lines to memorize,” said Edwards. “But this is the role I auditioned for because I wanted to finish my role as Franklin.”

Edwards said McCutcheon had approached him because the production lacked male actors and she believed Edwards could meet the challenge of having five roles.

Molly Self, an elder playing the prioress, did not have a specific role in mind when she auditioned. Self has played supporting characters in the background in previous productions, but will play a leading role for “The Canterbury Tales,” she said.

Self was part of the original production as the makeup manager and will once again take on the role for that show, she said.

“We are really thankful that we got this done,” Self said.

Marc Hayot / Herald-Leader Emma McLeod (left) and Rylei Wadsworth rehearse a scene in “The Canterbury Tales,” which is the fall production of the Siloam Springs High School theater group.