LAWRENCE — Many teachers will attest that they were called to the profession to educate students and prepare them for life, not just to provide economic service. Yet as education becomes increasingly politicized and monetized, many educators are torn between providing an economic good and doing what they love. A new study from the University of Kansas found that this was especially true for teachers in Catholic schools, who developed strategies to balance their vocation and profession. 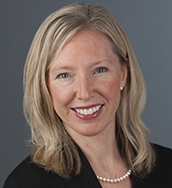 Education has been influenced by neoliberalism and post-industrialism over the past two decades, which emphasize measurable outcomes, standardized testing, and regular enrollment. The debate over whether education should be seen as a commodity or a public good is present in all schools, but Heidi Hallman was interested in how it was done in Catholic schools, whose mission is to educate students, but also to guide them through the teachings of the Church. and to provide a public good for all students, even if they depend on tuition fees.

During the pandemic, Hallman, a professor of curriculum and teaching at KU, heard of families, including non-Catholics, sending their children to Catholic schools that maintained in-person instruction.

“I wondered how these teachers perceived the challenges they faced compared to their public school counterparts,” Hallman said. “I have heard some lament the loss of the community. We have sports, or the online community where we can reach out to the world, and I think that’s been hard for religious schools to accept, especially with so many Catholic schools closing and losing the neighborhood and from the community.

Hallman interviewed 35 Catholic elementary, middle and high school teachers and administrators for the study, published in the journal International Studies in Catholic Education.

As many Catholic schools have kept their doors open during the pandemic, schools have often seen increased enrollment. Many new students were non-Catholic, but the schools made it their mission to educate everyone and felt that their spiritual component could offer something to families that might otherwise miss out. However, it also added to the perception of education as a commodity, Hallman said.

“Because education is ‘in the market’, we tend to think of education as a product. It also happens in higher education,” Hallman said. “We don’t want to treat students like customers, but there was people happy that students and families were coming to their schools, but also skepticism, as if people were just shopping for schools.”

Study participants revealed three themes in their responses to the balance between education and vocation and how they dealt with neoliberal and postindustrial influences on American education and politics.

First noted was the technocratic professionalism. With a consistent focus on professional and skill development, American Education has emphasized that this type of training will develop the best educators. However, several teachers, especially the younger ones in the study, questioned this approach. Respondents often wondered if allowing them to tap into their faith and love to work with young people would make them more effective educators than continuously attending vocational training courses.

Respondents also noted market competition. Teachers could sense that there were many outside forces pulling students away from the community provided by a Catholic school. Educators have noted the lure of athletics outside of school or non-school related activities and options available through the internet and social media that has resulted in “dilution” or disinvestment from activities and teachings of school and church. Although schools often continued in-person instruction, church services were often canceled or reduced in frequency, and educators noted that many people, including families of students, did not return. They also said they fear students will leave schools as public schools return to in-person learning after the early stages of the pandemic.

Finally, respondents say they are concerned about optimizing the student experience. In addition to the state-mandated curriculum, teachers in Catholic schools are required to impart the teachings of the Church. This part of the job often appealed to those who said that faith helped them do their job, and that it could be a way to serve everyone, but also ring hollow.

“If a family didn’t have a religious identity, teachers mentioned how the school might be able to provide that for them, but there was also concern that faith might just be an add-on, or like going to school. grocery store to get something you need,” Hallman said.

Educators were non-territorial, she added, and often looked for ways to make non-Catholic students and families feel welcome.

The findings provide insight into how Catholic school teachers and administrators view their role in society, a topic that has been largely overlooked by academic researchers, Hallman said. Their dedication to their work, and especially their reluctance to view education as a commodity while relying on their faith as a means to help better serve students, can provide a model for preparing teachers in all schools. . Instead of simply relying on teaching a set of skills and insisting that they meet mandates and measurable outcomes, teachers could be viewed more holistically, in a way that allows them to use what inspires them, whether religious or otherwise, to be better teachers and continue to grow, she added.

“It gave me hope that religious schools could continue their religious mission, but also welcome others and maintain their commitment to the common good, even amid pressures to maintain enrollment and see neighboring Catholic schools close,” Hallman said. “These teachers were full of hope. They often had lower salaries but were very dedicated to their vocation, and I found it refreshing to hear from people in the age of the pandemic, when there are so many pressures on teachers.