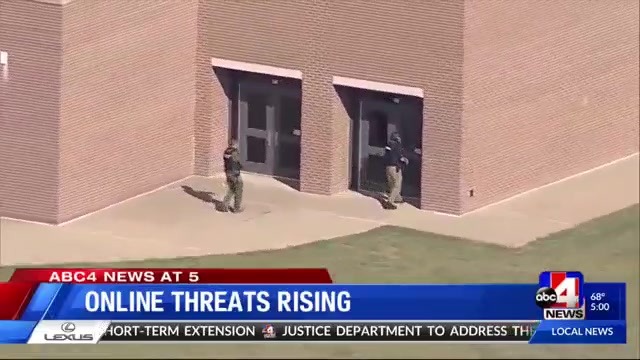 SALT LAKE CITY (ABC4) – It’s happening in Utah and across the country: “An increase in harassment, intimidation and threats of violence against school board members, teachers and workers in schools of our country. “

This is according to the US Department of Justice, and it’s also a priority for the Utah State Bureau of Investigation.

“It is rare that an individual who has taken the route of violence and committed a violent act as we see it today in Texas – it is rare that he does not have what we call a ‘leak’. . And a leak would be telling someone what they’re going to do or posting online, ”said Lt. Nick Street of the Utah State Bureau of Investigation.

Four people were injured in a high school shooting in Arlington, Texas on Wednesday morning. Threats against school officials are linked to our current political climate, according to Street.

“Things like wearing masks and critical race theory have been very politicized in some groups and circles, to the point that we see violent rhetoric, even here in the state of Utah, on social media.” Street said.

School shootings, as well as threats against people or threats of massive attacks, are among the threats that state agents are working to prevent. But they need the public’s help.

Partly, that’s because so many people make their social media accounts private – and state officials can only access open source social media. Unless officials have a warrant, Street says, they need friends and family members who see suspicious messages to contact law enforcement.

If you have a tip, you can leave it here or visit https://siac.utah.gov/