The Mayer family leaves a legacy of science education at ASU

Professor Frank Mayer’s retirement marks the end of an era

DNA is perhaps one of the best known or most studied blueprints of human nature – microscopic strands of protein that code for everything from the color of our eyes to our body type, our potential susceptibility to disease and even our personalities. It codes our past and our future through all kinds of hereditary traits, some would even say our legacies.

For the Mayers, their Sun Devil legacy will live on at Arizona State University through a class called Patterns in Nature, which they taught as a family for nearly three decades. Although this course does not cover human biology (it focuses on other natural models like light, prisms, optics and analytical techniques), Frank Mayer inherited it from his parents, Elizabeth (Betty) and James Mayer.

The course, which was piloted at ASU in 1995, began as a way to train K-12 educators to bring science into the classroom in a fun and engaging way.

“A lot of students, when you talk about math and science, they’re a little intimidated by that,” said Franc, who retired from ASU this spring. “Trying to overcome this fear was something that we were very happy to see that the role models course was helping students to overcome.”

Betty was the Service Learning Supervisor at ASU. In this role, she led outreach and training in the education department, but what she discovered early on was that there were no science courses offered at the university for prepare primary school teachers to integrate STEM into their classrooms.

According to Frank, this is where the Patterns in Nature course was born.

In the meantime, James had been something of an ASU legend in every department of the Ira A. Fulton Schools of Engineering, and was appointed Regents Professor in 1994, just four years after joining the university and the same year the Patterns in Nature course was launched.

James was considered a celebrity in the field of solid state engineering for his contributions and developments in the industry. His development of an ion-implanted silicon that changed the game for semiconductor processing and manufacturing techniques won a Von Hippel Prize in 1981. He was also elected to the National Academy of Engineering in 1984.

Betty and James Mayer in Kona, Hawaii, where they retired after teaching the Patterns in Nature course at ASU for more than two decades.

Patterns in Nature began as an entirely in-person course, and eventually part of the course was offered online through Blackboard (the university-wide software used in the pre-Canvas online modality). Maintaining the integrity of the lab portion of the course required the development of condensed in-person lab stations.

That’s when Frank entered the mix. Frank was instrumental in integrating the lab component into Blackboard.

“He didn’t start going hybrid until Blackboard came along, but it was one of the first science courses to have an online component,” Frank said.

Frank, following the family profession, was quite the educator himself.

During his career as a middle and high school science teacher, Frank created and taught an advanced environmental science course at Arapahoe High School in Littleton, Colorado, where students could earn four science credits at the ‘University of Colorado. Professor Frank Mayer and his father, James Mayer, teach a class together.

“The most important thing for me was working with my parents,” he said of the class. “My mother’s interest was to offer a course and my father had the experience to do it.”

Frank knew that his father was the subject matter expert and that his mother’s strength brought compassion to the class.

“My strength,” he said, “was having taught both middle school and high school.”

Combining an online modality, Betty’s sincerity, and James and Frank’s expertise as science educators, it didn’t take long for it to be known just how much of an impact the course was having, and not just for teachers.

Patterns in Nature has grown rapidly from its cap of around 200 students to nearly 400 students from all disciplines. By the time he taught his final lab before retiring in May, Frank calculated that there were around 15,000 students in total who had enrolled in the model class.

Today, students experience the classroom as a hybrid, with online modules and in-person labs designed to make the material painless and enjoyable. 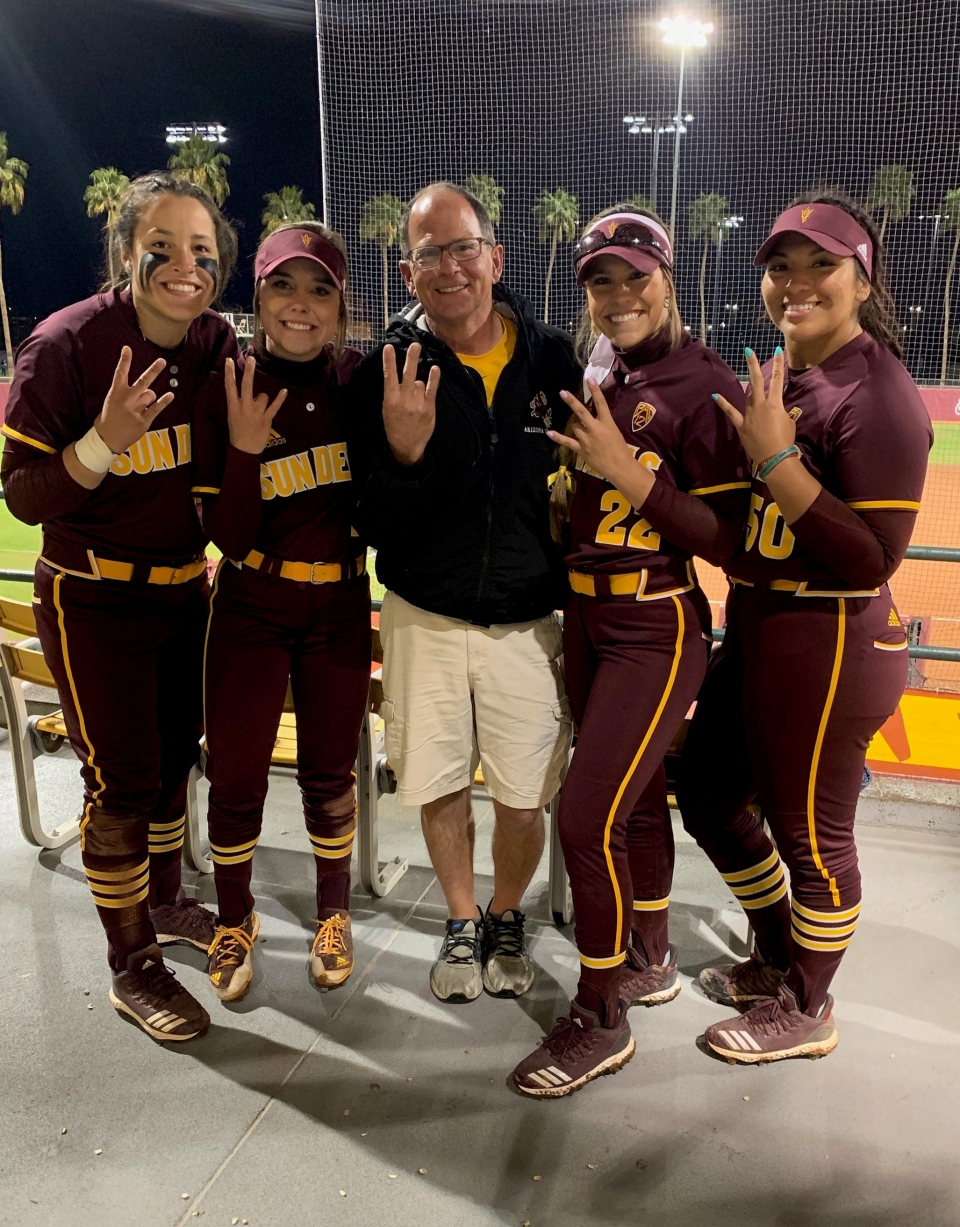 He said it was a real joy to work with student-athletes and see them light up when they learned something new about science.

“(Former ASU quarterback) Mike Bercovici is the one that comes to mind, and we stayed in touch after he was done at ASU,” Frank said. “One year I had all five starters from the women’s basketball team in class, and it was really fun.”

Beyond a long list of student-athletes, the Patterns in Nature course has also become popular among countless liberal arts students seeking to meet their science credit requirements. Frank remembers the lines of students thronging the halls outside the office, waiting for waivers to be accepted into the course.

He firmly believed that there was something about being a family unit that drew students into the classroom.

“Students and their families come first,” Frank said, noting that it’s an approach to teaching he borrowed from his mother.

“Science and concepts can come, but they will not come if they are not well placed in their daily personal life. My mother knew that we had to understand the students first. Our collaboration became something the students saw.

“Many students have said they appreciate the compassion I have shown throughout their lives.”

The Mayers also approached science education in unique ways — from using incentives like a gold dollar to driving a van equipped with state-of-the-art microscopes in schools from kindergarten through 12th grade all over Arizona.

Frank also taught adults at a course for Intel employees who were graduating. The company donated several computer microscopes to the lab, which then traveled to Africa on two study abroad trips to Cape Town, South Africa, in 2000 and 2001, where the Mayers taught South African science teachers how to incorporate the content into their classrooms.

Mayers’ impact has been and continues to be invaluable in introducing young students and non-science-oriented university students to materials science and engineering.

During his recent retirement, Frank received the type of email all educators work for, a heartfelt thank you that said in part:

“I took your course my second semester of freshman year and am now a graduate. Just wanted to reach out to let you know that your course left a huge impact on me! Science was never really my thing, but i was just talking to my mum about the green flash, the refraction of light and the fact that all colors have different wavelengths Your class was definitely one of my favorites, and the environment fun and to low pressure allowed me to learn stress free Thank you so much for being such an amazing teacher.

Professor Frank Mayer’s last day at the Patterns in Nature lab in spring 2022.

Frank is forever grateful to have had the opportunity to work day in and day out with his parents.

“It was really good for the three of us to work together,” he said. “And I know that’s really unique. What a dream to be able to come in and work with your parents and then help them with something that was so dear to them.

Shondra James is the new Vice-Principal of ...